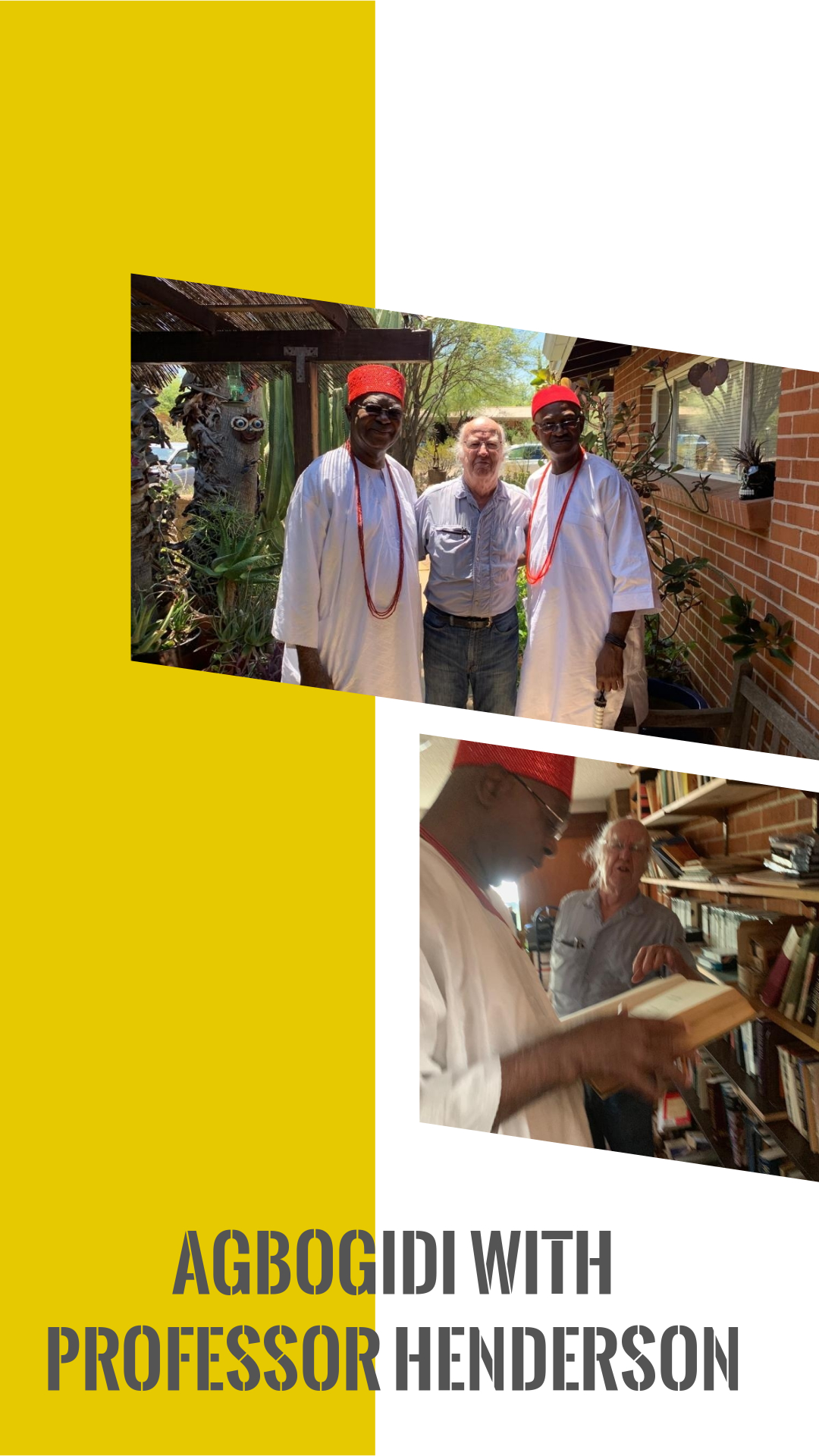 Onitsha (August 8, 2019): Work on the preservation of Onitsha historical records and images collected by Professor Richard Henderson during his residency and research into Onitsha society in the early sixties by digitisation is nearing completion. His Majesty Nnaemeka Achebe, Obi of Onitsha, was recently in Tucson, Arizona, USA, to visit with Professor Henderson, and to review the progress of the project. Professor Henderson is the author of the seminal work on Onitsha: ‘’The King in Every Man: Evolutionary Trends in Onitsha Ibo Society and Culture’’, and creator of the Onitsha-themed website: http://amightytree.org/,

Over the past 10 years, and recently supplemented by the Ford Foundation, Ime Obi Onitsha has embarked on an elaborate project of digitisation of Henderson’s records. The project necessitates regular visits to discuss the materials, and unearth new ones. ‘’Each visit leads to the discovery of additional materials that are important to Onitsha. For instance, on this visit, the discussion focused on the digitization of 1000 slide images of Onitsha in the 60’s- ceremonies, street scenes, shrines, etc. observed His Majesty. ‘’While the project is in its last stages, visit to Henderson remains necessary to gather oral history and to pay respects to him and his late wife Dr. Helen Henderson for dedicating his entire academic life to the study of Onitsha society.’’ added His Majesty

Reflecting on the visit, Professor Henderson stated, ‘’In Agbogidi’s latest visit to our dusty town in the Arizona desert, we explored a richly green tropical forest city now captured in my 35mm slides from 1960-62. We visited the Iba of Ogene Eze-Oba; we stood respectfully before the visages of Agaba and Agbogo-mmuo; Ani-Onicha loomed before us in Otu. We remembered the long-departed Ajasco Man-must-wack, who at that time danced his crazy way now and then, along Old Market Road. We are now arranging to ensure that all these photographs make their way to Agbogidi’s museum in Onitsha.’’ continued Professor Henderson.

His Majesty was accompanied on the visit by Chief (Dr) Jide Ebo, (Agba Oriogu), and Mr. Odi Maduegbuna.