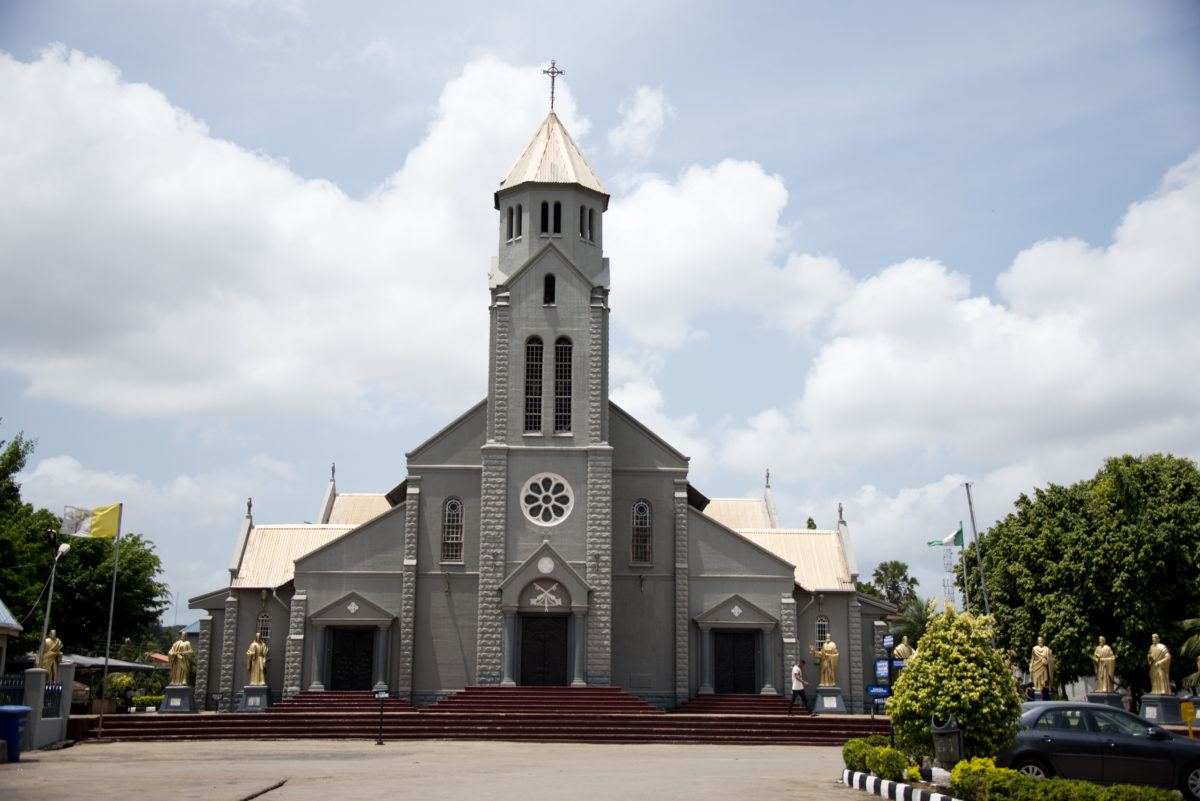 This Roman Catholic cathedral and minor basilica is seat of the Archdiocese of Onitsha. Built between 1930 and 1935, Holy Trinity cathedral was elevated and promoted to a minor Basilica by Pope Benedict XVI on May 28, 2007. The basilica stands on elevated piece of land which is part of the 20 hectares made available to the Roman Catholic Mission by Obi Anazonwu and chiefs of Onitsha on 6 January 1886. An indisputably unique treasure in the cathedral is the relics of Blessed Michael Cyprian Iwene Tansi who was beatified by Pope John Paul ll in 1998. The tombs of a number of pioneer Roman Catholic missionaries in Igboland such as Bishop Joseph Shanahan and Archbishop Charles Heerey are located in the basilica.