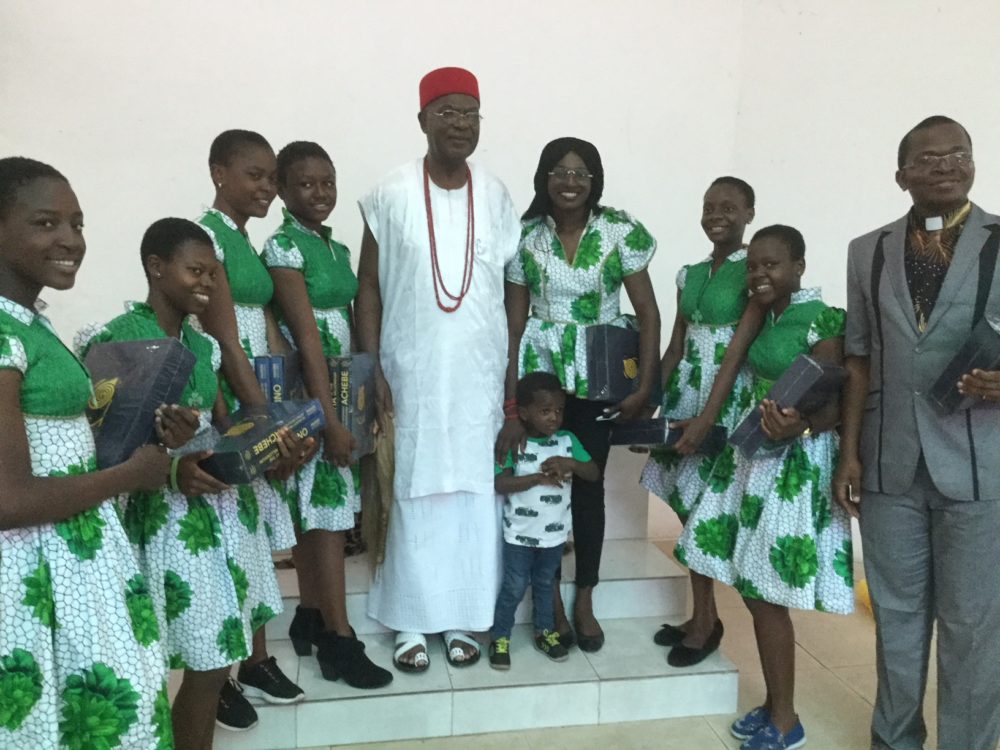 Onitsha (March 7, 2019) The Obi of Onitsha, His Majesty Igwe Alfred Achebe, has called on the Federal Ministry of Science and Technology to facilitate the patenting of the computer app that gave students of Regina Pacis School, an Onitsha, Anambra State-based secondary school, a global recognition last year.

The royal father made the call in his goodwill message to the school management on the occasion of the official celebration of the award.

They competed with over 19,000 students from 115 countries, including Spain, the USA, Turkey, and China. More than 2000 apps were entered for the award.

The Obi, who was the first to receive the girls on their return from the US, said it was important relevant government agencies and ministries facilitate the patenting of the app for global utilization. He noted that the app, which is aimed at fighting the scourge of fake drugs and counterfeiting, has great value for humanity.

An excited Obi noted, “Our joy is strongly predicated on the shared belief that education is the most veritable platform for enlightenment, self-actualization and national development.”

He urged the school to remain firm in building a generation of solution providers, adding that the invention was a milestone in the war against fake drugs and counterfeiting.

“Regina Pacis is living up to its model school name in many dimensions. From across the street in Ime Obi Onitsha, we watch the proceedings in the school with great pride. We hope that other schools would emulate the standards being established at Regina by teachers and students with great support from the parents and proprietor,” he continued.

The royal father has been at an advocate of girl child education, a cause which has earned him global recognition and accolades.

The remarkable achievement of the young girls brings to memory the rare determination of the late Director General of the National Agency for Food and Drug Administration and Control (NAFDAC), Dora Akunyili, another ‘Anambran’ to stop fake drug in Nigeria.