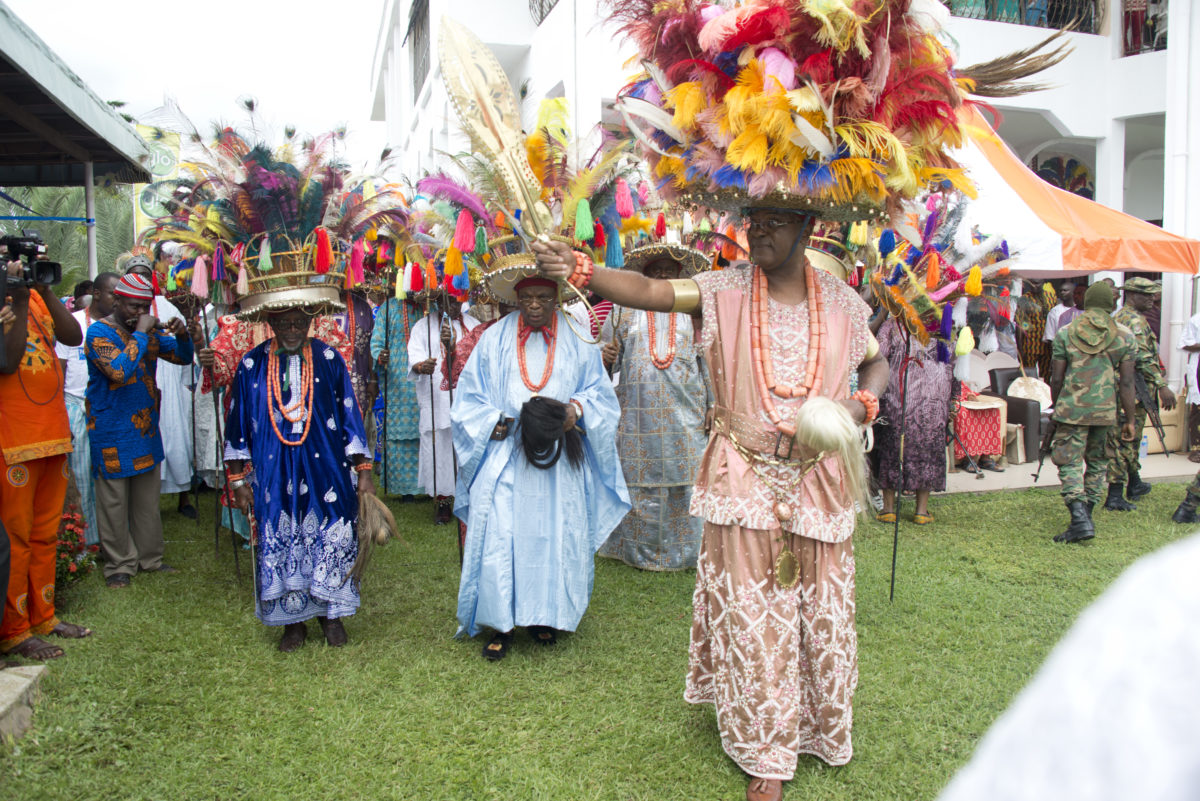 Background
Indigenous to Onitsha, the Ofala Onitsha which usually falls due early to mid-October, is the highpoint of the Onitsha ceremonial cycle. The celebrant of this spectacle which is rooted in deep spirituality is the Obi of Onitsha and is an occasion for the monarch to fulfill certain obligations. It is primarily a celebration by the monarch and his subjects of the monarch’s annual emergence from seclusion, during which period the monarch has successfully negotiated the fortunes of the kingdom.

The Ofala is also a reenactment of the joy which the monarch shared with his subjects, at the discovery that yam is non-toxic, and a valuable source of food. It is equally an opportunity for the monarch, following his seclusion to review his army and obtain the assurance of loyalty from his generals: redcap chiefs (Ndichie). Given that in the bygone days , the monarch was rarely seen in public, the Ofala provided an opportunity for his subjects to catch a glimpse of him, which is why they gathered in large numbers at the Ofala to pay homage to the monarch. They still do today.

The Ofala experience which is a display of royal dances, tributes, parades and music runs over two days. The first day Iru Ofala is primarily for the monarch. Attended by the Ndichie, the monarch wearing his full regalia parades the arena of his palace on three different occasions, in full view of all present, and dances to the war drums. In between the rounds, his subjects, visitors, and stakeholders in the greater cosmopolitan city, pay him their respects.

The second day, Azu Ofala is an elaborate display by his subjects usually made up of age grade societies in their very colourful uniforms. Each society dances past the throne room paying homage to the monarch. All these leads to entertainment which give expression to a rich cultural heritage based on sacred values.

The Ofala in Recent Times
Since 2002 when His Majesty Nnaemeka Achebe emerged as the twenty first Obi of Onitsha, the scope of the Ofala has widened, with various events now part of the festival. These include an international art exhibition (Oreze) , and a youths’ carnival (Ofala Carnival).

Beginning from 2019, a marathon (Onitsha City Marathon) which has been approved by the relevant national and international athletic bodies will become part of the Ofala.

The Ofala has risen steadily in terms of its social glamour and its intrinsic meaning for indigenes of Onitsha, attracting national and international attention, in addition to enjoying the benefit of partnerships with major
corporate bodies which have helped enormously in projecting Onitsha to the entire world.