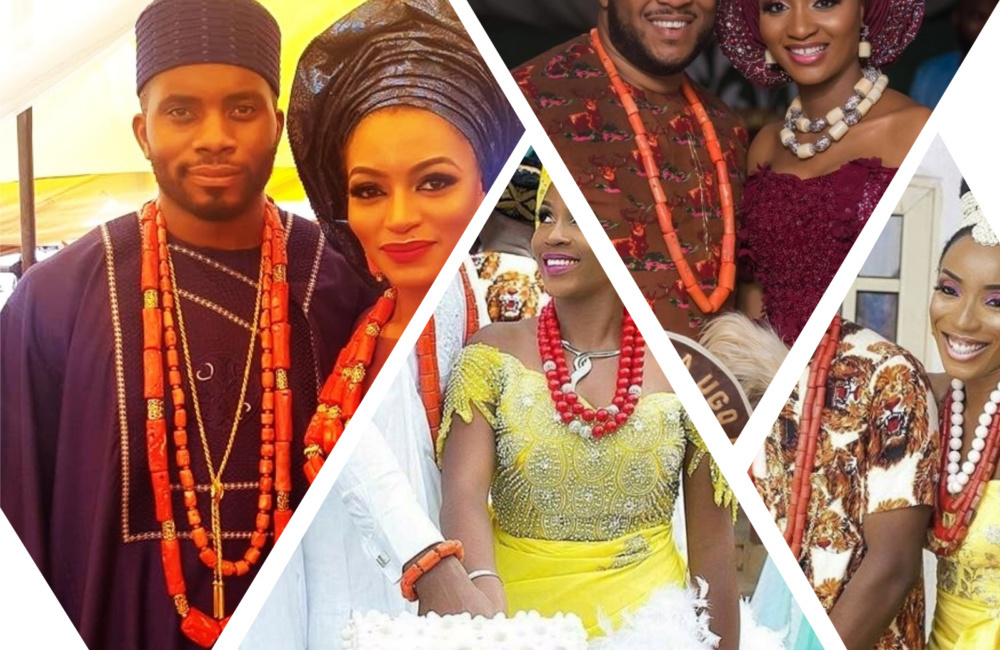 In ancient times, child marriage was practiced. Girls were betrothed to suitors at the infant ages or even at birth. This has become obsolete. In modern times, marriage is between a mature male and female member of the community. Marriage between members of the same quarters is forbidden, and even when they hail from different quarters, they must not be biologically related.
The marriage ceremony is a protracted affair that is done in stages. The first stage is the official visit to the home of the bride by the suitor’s kinsmen led by the head (Diokpa) of his family. During this first visit, the Diokpa states their mission and if it is considered , the kola nut is eaten and the wine drunk. The suitor and his kinsmen are then told to come at a later date. In the interim, the bride’s family make about the suitor’s family. If they are satisfied, they will accept kola nut and wine from the suitor’s family, during their second visit.
The next stage of the ceremony is the payment of the bride price. The suitor comes with his kinsmen with pots of palm wine. After the payment of the bride price, the groom returns home. The bride then returns the pot of palm wine which was drunk during the payment of the bride price. This visit is known as Ibunaba and it lasts for a day. The bride also pays a nuptial visit called Ije to the home of her husband-to-be. She spends eight days with the family before returning home. The visit provides the family of her husband- to- be an opportunity to assess her abilities to be a wife. In modern times, the Ije Uri is no longer fashionable.
If all goes well, the Igo ceremony is performed. This takes place in the home of the bride where prayers are made to the ancestors and spirits to guide and bless the couple.
The final ceremony is the Idu . The bride is led to the home of her husband-to-be by maidens of her village who act as porters of gift items given to her by her people. These gifts, comprising cooking utensils, a box of clothes and foodstuff are displayed on arrival at her husband’s home. , the items are taken inside. The ceremony comes to an end following entertainment with food and drinks.