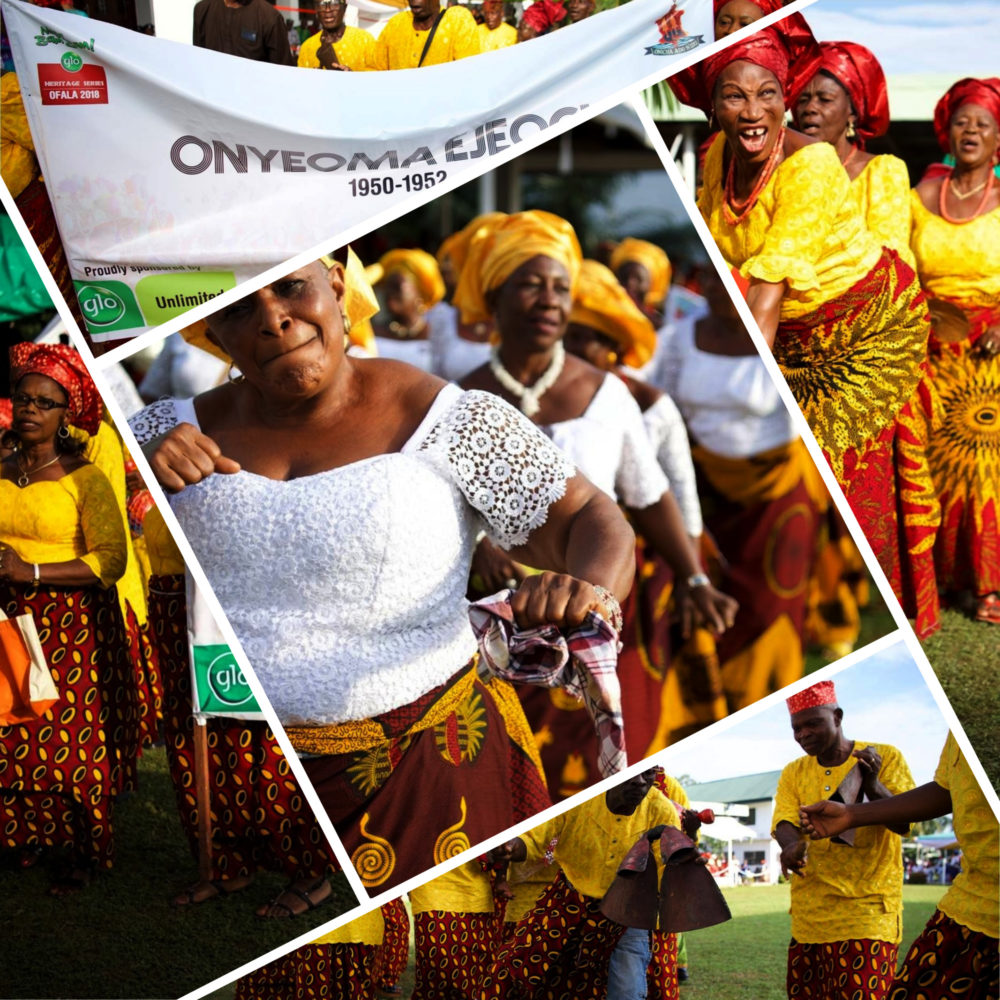 In the olden days, when it was almost impossible to keep record of people’s ages, the age grades served as a means of keeping records of the ages of inhabitants of the town.

Members of the age grades don their ceremonial attire during ceremonies in which their members are involved. One interesting thing about these age grades is that they are open to both sexes- male and female, there is no gender discrimination. The age grades have both male and female leaders who run the affairs of the groups. There is no specified age to attain before the formation of an age grade group in Onitsha. However, it is not meant for children.