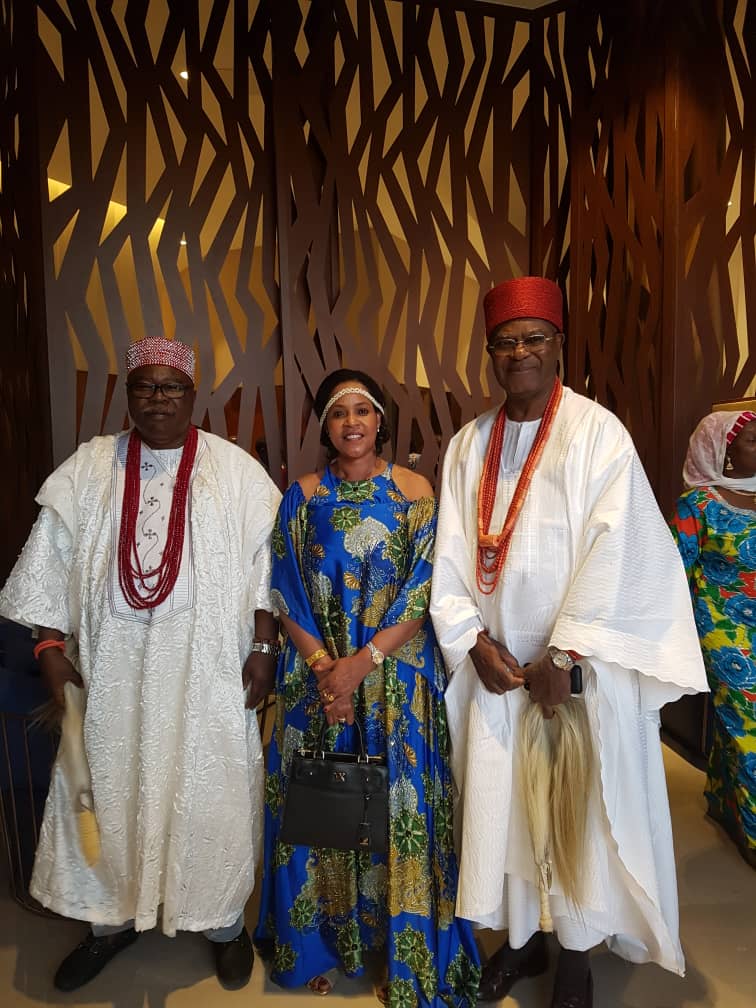 Addis Ababa (February 14, 2019) The Obi of Onitsha, His Majesty Igwe Alfred Achebe, is currently leading voices of other African traditional rulers against child marriage at the international front.

Girl child education has been one of the many good causes the Obi has identified with. His commitment to the cause caught the attention of the global community recently when the United Nations Entity for Gender Equality and the Empowerment of Women invited the respected royal father to Addis Ababa, Ethiopia.

The engagement was part of the United Nations’ collaborative efforts to end child marriage and encourage African families to embrace girl child education. The Obi was on the invitation list to provide leadership in this regard.

“In recognition of your commitment to end this practice (early girl child marriage) and your authority within your kingdom, UN Women in collaboration with the government of the Republic of Zambia and the African Union Commission is pleased to invite you to the dialogue that will be held on the sidelines of the 32nd Ordinary Session of the Assembly of the Union in Addis Ababa,” read the invitation.

At Ethiopia, the Obi worked with the UN Women in seeking the support of his peers towards campaign against child marriage and other social ills preventing African girls from expressing themselves fully. He chaired one of the sessions that drew participation from Ethiopia, Cameroun, Kenya, Zambia, Zimbabwe, Malawi, Mali, Burundi, Senegal and several other African countries.
Joining Obi at the forum from Nigeria were the Emir of Shonga, HRH Dr. Halliru Ndanusa Yahaya and the Obong of Calabar, Edidem Ekpo Okon Abasi Otu V.

A major outcome of the Ethiopia meeting was the inauguration of the Council of Traditional Leaders in Africa (COTLA). The council comprises traditional rulers in the mold of the Obi who are determined to champion a collaborative cause for African rebirth.

While commending the UN, AU and other organisations for playing a key role in ending child marriage and its many scourges, the Council said a broader partnership among relevant groups would go a long way in reversing the challenges facing Africa.

After a two-day intensive deliberation on the way forward, COTLA issued a communiqué on how it intended to work with others interest groups to liberate the girl child. It also called on African governments to formally recognize the Council as a partner in advancing the regional aspirations.

The communiqué noted: “We the African kings, queens, chiefs, royalties and other traditional leadership of Africa, met at the inaugural continental meeting of COTLA at the margins of the African Union Summit. Informed by our series of consultative meetings held in Nairobi, Blantyre and Lagos in 2018, we do hereby agree to meet annually during the AU Summit, and convene at other strategic moments in order to share best practices in our countries, especially on removing culture and tradition as basis of child marriage in law; promote compulsory, quality secondary education, life skills and vocational training for girls, ensure access to justice, and speak against these and other practices in our communities.”

The Obi described the new regional alliance as a “pan-African movement” that would work towards ending child marriage, female genital cutting and other harmful practices in the continent by 2030.   -END-